Prof. Dr. Andreas Goldthau is engaged in research into how the Global South could benefit more strongly from investments in low-CO2 technologies. 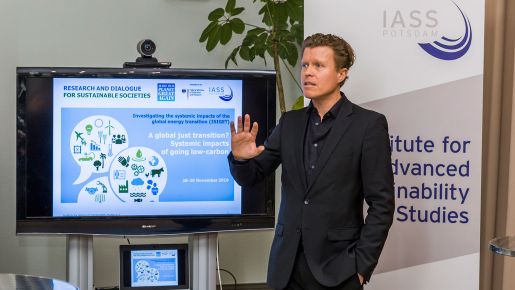 The seventh Sustainable Development Goal (SDG) of the United Nations states that all people worldwide should have access to affordable and clean energy by 2030. Today, because the costs of solar energy have fallen by roughly 90% in the last ten years, the energy transition also appears more easily financeable for the countries of the Global South. “That’s actually great news,” says Prof. Dr. Andreas Goldthau of the Institute for Advanced Sustainability Studies (IASS) in Potsdam. “The problem is that the transition to low-CO2 technologies also poses risks for the Global South.” The political scientist is researching these risks in a project called

An interim result of the project: the investigation of global technology transfer initiatives shows that only 22 out of the 71 initiatives studied focus both on the transfer of “hardware” – in other words, energy equipment such as solar panels – and the necessary “software” – in other words, training and capacity building. In fact, one third of the initiatives only transfer hardware. Yet technology transfer is only successful in combination with the relevant know-how. There is still a lot of room for improvement here, say the ISIGET researchers. These and other research findings will be analysed and updated in the course of the project, thus creating a basis for evidence-based policy decisions in the field of renewable energies.

Goldthau explains that many countries in the Global South have continued to rely on strongly centralised supply systems, usually based on large coal-fired power stations. In contrast, modern climate-friendly supply systems using wind power or solar energy are organised in a decentralised way. “Established energy providers have no interest in anything changing because otherwise they would be forced out of the market,” says Goldthau. He adds that centralised supply systems also offer clear advantages for governments, because they facilitate swift energy price regulation – for example, during an economic crisis or before an election.

Another challenge is the fact that the patents for the energy technologies of the future are almost exclusively held by countries in the Organisation for Economic Cooperation and Development (OECD) and China. “The value creation of new technologies is concentrated in development and production,” says Goldthau. “Beyond mere access to energy, it would be necessary to create local added value and promote economic development. There will be little change in global inequality if the countries of the Global South simply buy solar panels.” 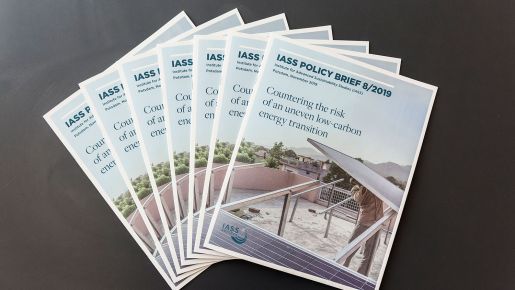 Furthermore, large economic blocs like the EU are increasingly orienting their trade policy towards climate policy. As a result, consideration is currently being given to a border tax for imported products with poor carbon footprints. Countries that continue to rely on coal-based electricity could then face the threat of a loss of export markets, which would result in greater economic risks and more conflicts over distribution. Goldthau believes fair technology transfer would be the easiest way to achieve a balance between these opposing interests: “This is not only about bringing technical equipment to the Global South, but also and above all about sharing knowledge and technologies.”

The importance of interdisciplinary exchange

The ISIGET project is part of , a funding programme conceived by the Federal Ministry of Education and Research (BMBF) and realised by the DAAD. It is based on Make Our Planet Great Again, an initiative by President Emmanuel Macron of France. International researchers in France and Germany are being encouraged to initiate and carry out projects in the three core areas of climate, energy and earth systems research. The programme is receiving 30 million euros of support from the French side, while the BMBF is providing 15 million euros. ISIGET is the only one of the German-funded projects that is not oriented towards the natural sciences. “The project demonstrates the diversity of subjects covered by the programme and how important interdisciplinary exchange and networking are in achieving the goal of ‘making our planet great again’,” says Anke Stahl, who heads the DAAD Division for Project Policies, Research and Internationalisation, University Networks. 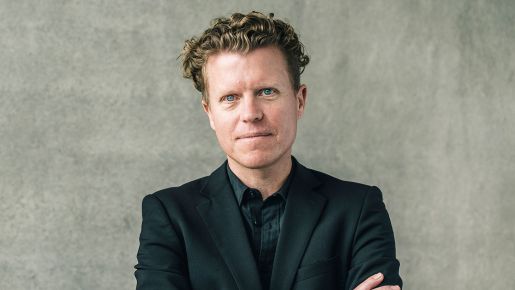 The Potsdam-based research group working with Andreas Goldthau questioned experts from the world’s largest private oil and gas firms and the largest companies in the renewable energies sector as well as from development banks, development agencies and reinsurers about investment decisions and other issues. In addition, they examined global technology transfer initiatives. They found that existing initiatives do attempt to improve access to renewable energies. But: “The very countries that need it most are the ones that are hardly reached,” says Goldthau. The reason is probably because public-private partnerships are invariably involved – in other words, government initiatives involving the participation of private investors.

Although today more than half of the worldwide investments in renewable energies already go to non-OECD countries, the majority of them go to China, India and Brazil. “Billions of people, the majority in Africa, gain nothing at all from these investments,” says Andreas Goldthau. In sub-Saharan Africa, where population growth and therefore future energy demand is especially great, many people do not have any access to clean energy.

Planned case studies in South America, Central Africa, North Africa and Southeast Asia have been delayed because of the corona pandemic. The project aims to draw up recommendations for concrete policy measures by 2022. A central question here will be how private investors can be encouraged to fund technology transfer to poorer countries, says Goldthau: “This is about a fairer distribution of future opportunities.”