A German-African project wants to help curb malaria, and is using mathematical models to achieve this. 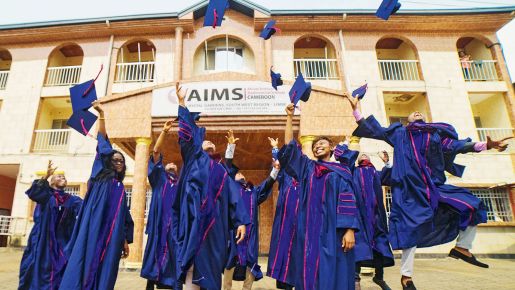 Malaria is one of the world’s deadliest diseases, alongside tuberculosis and AIDS. More than 200 million people contract malaria each year. Despite considerable efforts, the search for a vaccine has remained largely unsuccessful so far. A collaborative project funded by the DAAD, “Maths against Malaria within the AIMS network” therefore aims primarily to improve treatment, diagnostics and monitoring, and is following some unusual approaches in the process.

“We gather together the latest findings from malaria research and use them to build models that we analyse with mathematical methods”, explains project leader Professor Kristan Schneider. “This allows us to understand the mechanisms of the disease.” Schneider has been engaged in the mathematical modelling of infectious diseases at the Department of Modelling and Simulation at Mittweida University of Applied Sciences for years. How does malaria spread? How do people with malaria become resistant to drugs? And what does malaria do inside the human body? In the “Maths against Malaria” project, Schneider and other researchers at Mittweida University of Applied Sciences and the University of Tübingen have teamed up with colleagues from the African Institute for Mathematical Sciences in Cameroon (AIMS Cameroon) to find answers to these questions.

One of the Sustainable Development Goals (SDGs) of the United Nations aims to eliminate malaria by 2050. The project wants to help by transferring knowledge. “To this end, we work together with talented young researchers from malaria-endemic areas who intrinsically are hugely motivated to engage with this issue”, explains Schneider. Thanks to a global cooperative network, young researchers in Africa are given the chance to complete a high-level PhD programme. As Schneider stresses, particular attention is paid to gender equality when selecting the participants: “The AIMS Network has a very high proportion of gifted female graduates, making it an ideal cooperation partner.” 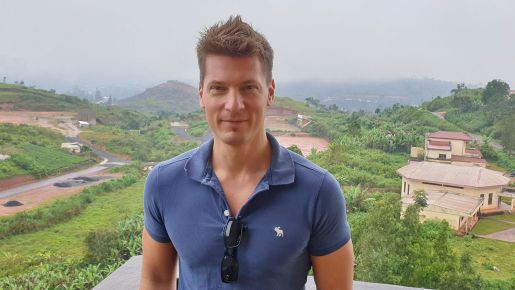 Lecturers from the participating German universities teach at the AIMS Cameroon, providing the young talents with key competencies in the field of data-based modelling. There is considerable interest: ten master’s theses have already been supervised since 2018, while seven students have come to Germany – some of them several times – for a research stay. Five of the graduates are now working on their PhDs. Through their research, the project partners are making an important contribution to the higher-level SDGs in the area of health: to ensure healthy lives and promote wellbeing for all.

Setbacks in the battle against the infectious disease

The current figures from the World Health Organization (WHO) are sobering, however: after more than a decade of steady progress, the fight against malaria has lost momentum. The number of cases has declined hardly at all since 2015. In 2018 alone, roughly 405,000 people died of malaria, two thirds of them children under the age of five. More than 90 percent of those infected live in sub-Saharan Africa. Experts fear that the corona pandemic could accelerate this dangerous tropical disease. Due to the restrictions in the healthcare sector, the number of those dying from malaria in 2020 risks doubling as compared with last year.

“Maths against Malaria” improves higher education in mathematics on a cross-regional basis, with capacities having been built in Cameroon in particular. Thanks to exchange between researchers, the project is strengthening international scientific networks. In addition, it is increasing the involvement of German universities in the AIMS network. Through its clear focus on the fight against infectious diseases, it is making a direct contribution to the Sustainable Development Goals in the area of health, upon which improvements in numerous other areas depend.

This could make the methods and findings of the German-African cooperative project all the more important for international healthcare. After all, the interplay between host, transmitter and pathogen of malaria is complex. The Anopheles mosquito plays a key role in transmitting malaria, for instance, but is not the actual pathogen itself. The mosquito injects the parasites into an organism through its bite, without becoming seriously ill itself. The parasites are initially transported via the bloodstream to the liver, and are then returned in modified form to the blood, where they rapidly multiply billions of times. Inactive parasites can even survive in the body of a person who has recovered from the illness, triggering sudden relapses.

“Mathematical models can be used to create simplified realities”, is how Kristan Schneider describes the approach followed by “Maths against Malaria”. Transmission paths can be reconstructed statistically on the basis of data that health authorities and research institutions obtain from genetic fingerprinting. For example, the researchers can identify how often patients became infected, and which parasites are particularly widespread in which regions. Such findings allow conclusions to be drawn about the effectiveness of government anti-malaria programmes. “We can also calculate the degree to which drug-resistant pathogens are spreading”, says Schneider. “These results make it possible to draw up strategies for health policy – such as no longer using drugs to which pathogens have become resistant.”

The mathematicians then “translate” the results of their analyses into the language used by experts in the fields of medicine, epidemiology and biology. This allows researchers of other disciplines to understand how malaria works. They are also already cooperating with decision-makers in healthcare policy and other areas. The German-African project partners are now working together with tropical medicine specialists of the US Navy, as well as with international healthcare agencies.

Profile: Mathematics against malaria within the AIMS network