Through its so-called “Key Actions”, the European Commission has awarded around EUR 116 million from Erasmus programme funding to projects involving German universities, institutions and companies. 65 German universities were successful in connection with four of the action funding lines. The DAAD and the National Agency for EU Higher Education Cooperation congratulated the participating universities. 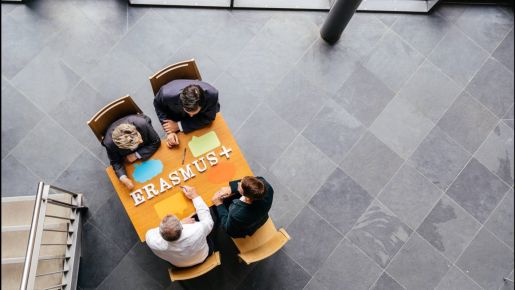 “With its Key Actions, the European Commission is promoting the international networking of German universities and institutions, so we congratulate all higher education institutions on the projects and participations they have won. In a Europe in which centrifugal forces are gaining momentum, these programmes contribute to strengthening the common European foundation of values, expanding existing networks within the EU and worldwide and creating new links,” said DAAD President Prof. Dr. Joybrato Mukherjee in Bonn.

“At the National Agency we are very pleased that German universities and institutions have participated so actively in the calls for proposals by the EU Commission and have been able to do so well. We were able to support the German institutions with an individually tailored advisory service consisting of seminars, online events and personal consultation on how to apply for resources under these funding lines,” says Dr. Stephan Geifes, Director of the DAAD’s National Agency for EU Higher Education Cooperation.

Erasmus Mundus Joint Master Degrees
Of the 97 applications received from all over Europe, the European Commission has selected 40 (EMJMDs) for funding. Two of the selected programmes are coordinated by a German higher education institution, while a further ten master’s degree programmes involve eleven German universities.

Capacity Building Projects in the higher education sector
Of 1,005 project applications submitted worldwide, with a financial volume of around EUR 148 million were selected for funding. German universities coordinate 14 of the 164 projects. A total of 68 German institutions are involved in 55 projects.

Jean Monnet Activities
Out of a record number of 1,463 applications submitted worldwide, 360 were selected. from Germany are being funded.