Together with prominent European scholars, and presidents of higher education institutions and organisations, the German Academic Exchange Service (DAAD) call on universities and politicians to strengthen the European Higher Education Area. Shortly before the anniversary of the Bologna Declaration, with the Eberbach Statement the signatories appeal to stand for fundamental academic and societal values. The appeal is also supported by the Alliance of Science Organisations in Germany. 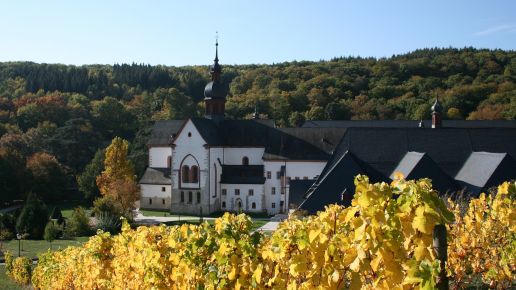 "We want the Eberbach Statement to contribute to making Macron’s idea of 'Europe protecting us' a reality. The European Higher Education Area offers an excellent basis for this by enabling young people to establish a European identity and perceiving themselves as European citizens" said DAAD president Prof. Dr Joybrato Mukherjee. "At the same time, it is built on a foundation of shared values which combines fundamental societal values like democracy, rule of law and human rights with academic values like freedom of science, institutional autonomy and transparency. Worldwide almost unique, this combination globally regarded is highly attractive for students and scholars, and, at the same time, part of the European success model", Mukherjee continued. In the light of certain developments in member states of the European Union, it is necessary to defend the European foundation of values even internally. "Universities have a responsibility towards society and democracy in this respect and, in Germany, are fully aware of it."

In 2019, the DAAD together with the Academic Cooperation Association (ACA) invited European higher education leaders, researchers and policy makers gathered at Eberbach Monastery in Germany to consider the state of the art of values in European higher education. The signatories of the resulting Eberbach Statement call on universities and politicians to create an environment in Europe, within every national higher education system and within each institution designed in such a way that, in the face of current challenges, they contribute to strengthening the European Higher Education Area, and at the same time a European identity. Higher education must both provide practical competences, skills and knowledge and help young people becoming mature and responsible citizens. At the same time, any higher education programme must strengthen the ability and will to engage in ethical reflection and critical analysis by imparting academic and research integrity.

Via the Eberbach Statement, the signatories support the aims of the Bologna Declaration. On 19 June 1999, the solemnly adopted text far-sightedly stated "A Europe of Knowledge is now widely recognised as an irreplaceable factor for social and human growth and as an indispensable component to consolidate and enrich the European citizenship, capable of giving its citizens the necessary competences to face the challenges of the new millennium, together with an awareness of shared values and belonging to a common social and cultural space."