The United Kingdom’s departure from the EU and Erasmus+ is having profound effects on international exchange and cooperative relationships with Germans’ higher education institutions. The German Academic Exchange Service (DAAD) is therefore presenting ten propositions that could regulate how academic relations with the British Isles could in future be shaped. 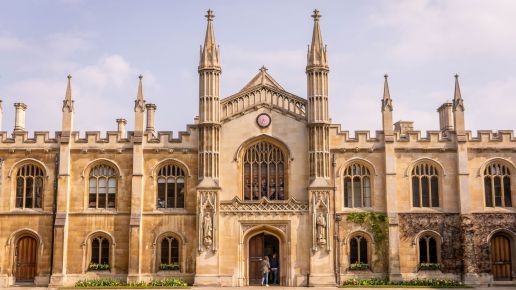 'Brexit has resulted in the European Union having a lot less room for manoeuvre in terms of academic cooperation and exchange. Whilst we regret it, especially in light of decades or even centuries of great cooperation between German and British higher education institutions, there is a need to react positively to this situation,' said DAAD President Professor Joybrato Mukherjee. He believes it is especially the individual mobility of students and researchers travelling to the United Kingdom that is severely affected. 'The United Kingdom has some of the best higher education institutions in Europe and worldwide. As an organisation promoting academic mobility and scientific exchange, it is therefore imperative that we further develop our own funding instruments and support our partner institutions as best we can given the challenges ahead. We aim to facilitate continuation of the excellent academic relations with the United Kingdom under new auspices,' states Mukherjee.

The future of cooperation with the United Kingdom – ten propositions

New normality? – an expert discussion on Brexit
DAAD is inviting experts from British and German higher education institutions to attend a virtual round table on 22 March to discuss its propositions. The intention is for this expert discussion to shed light on various aspects of the 'New Normality post Brexit' in British-German academic cooperation. The interested public is invited to participate in this discussion in English from 16.30 to 18.00 (CET). The audience can participate in the discussion via chat.