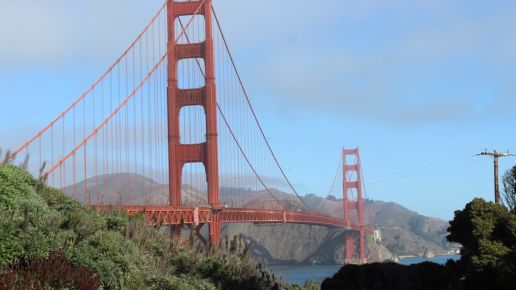 "The German Centres for Research and Innovation are an excellent showcase presenting research and innovation 'made in Germany'," said DAAD President Professor Joybrato Mukherjee in Bonn. With the new San Francisco location, the network is extending its IT and AI focus in a particularly dynamic region of the world. "The collaboration between students and graduates of top Californian universities such as Stanford and Berkeley and with companies in the area enables a globally unique link between research and start-up culture. This new centre now offers those involved in German research and innovation better opportunities to present themselves optimally in situ and to network," Mukherjee continued.

The West Coast of the USA is a convincing location

San Francisco was the frontrunner as a new location for several reasons: the city is considered an "innovation hotspot" with a global impact; there is intense on-site exchange between research and industry. In addition to leading global companies such as Apple, Facebook and Google, the region offers a unique start-up culture and diverse networking opportunities in the field of forward-looking technologies. Alongside the existing Centre for Research and Innovation in New York City, San Francisco is a second attractive American city hosting DWIH events that network research and business. The opening of the new centre is planned for 2021.


The German Centres for Research and Innovation

Since 2017, the German Foreign Office has been funding all DWIH on an institutional basis through the DAAD, which has also assumed management of the centres. DWIH sponsors are an alliance of the German research organisations (which includes the DAAD), the DIHK and BDI business associations as well as the German Federal Ministries of Education and Research, Economic Affairs and the Foreign Office.