In the context of Germany's G7 Presidency and in the run-up to the G7 Summit, the scientific exchange organisations of the G7 countries, together with partners from eight other countries, have published a declaration on “International Academic Cooperation amidst a World in Crisis “. The German Academic Exchange Service (DAAD) had invited the organisations to Berlin at the beginning of May. 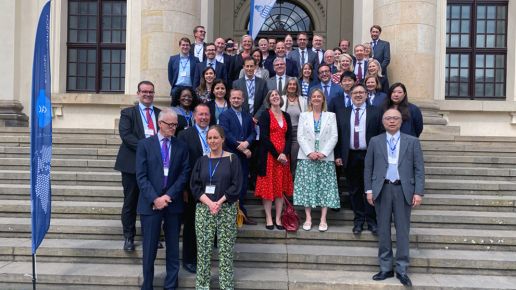 “In the face of the war in Ukraine and a multitude of global crises, international academic exchange is facing new geopolitical conditions,” said DAAD Secretary General Dr Kai Sicks at the end of the meeting in Berlin. He added that the joint declaration was intended to send a signal for the expansion of protection programmes for students and researchers under threat. “We are currently experiencing a great rush for the existing programmes. From our point of view, a permanent expansion is indispensable in the sense of good science diplomacy,” Sicks continued.

With the Berlin Declaration, the fifteen participating organisations jointly focus on the protection of threatened students, doctoral candidates, and scientists. In the declaration, they call for the creation of additional places in existing protection programmes. They also call for stronger support for reconstruction programmes and for programmes to train future leaders from countries where armed conflicts are taking place. At the same time, they point out to the need for common ground between humanitarian and educational reconstruction work.

The academic exchange organisations of the G7 countries as well as partner institutions from Austria, the Czech Republic, Finland, the Netherlands, Norway, Spain and Poland and the European umbrella organisation of internationalisation institutions participated in the declaration.