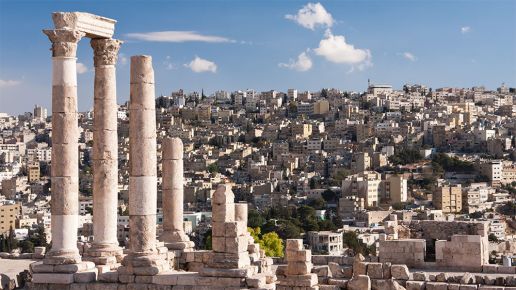 The programme aims to have German universities work with Jordanian and/or Lebanese universities to provide joint advanced and continuing education programmes for Syrian academics.

The social and political upheavals in the wake of the Arab Spring in 2011 have led to instability in many countries in the North Africa and Near/Middle East region. One of the most devastating consequences of this instability is the civil war in Syria, which has been ongoing for more than 10 years. It has cost hundreds of thousands of lives, has permanently changed the political balance of power in the region, and continues to pose major risks for social and political developments, the effects of which are also felt beyond the region.
In order to mitigate these risks and exert a positive influence on the socio-political stability of the region, only indirect support aimed at Syrian university lecturers can be effective in the current political situation. In this context, Jordan and Lebanon, as neighbouring countries are important hosts of refugees. The cooperating universities in these countries play an essential key role in the implementation and execution of the projects.

Goals of the programme

The programme pursues the goal of developing and implementing further education and training programmes for academics from Syria together with the partner universities in Lebanon and Jordan. It thus supports the capacity building of the higher education sector in Syria, Jordan and Lebanon, but also deepens and expands the internationalization of German, Jordanian and Lebanese universities through subject related and educational cooperation and additionally consolidates the cooperation structures between the participating universities and institutions.

Four goals have been formulated for the programme: