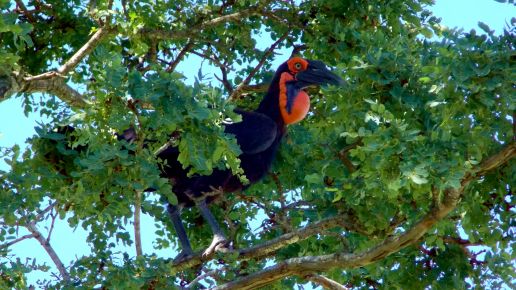 The programme funds postdoctoral research projects and offers a platform for collaboration in thematic working groups composed of postdoctoral fellows and African alumni of German funding initiatives with expertise in the field of climate research. Fellows and Alumni will increase their research impact and output through a comprehensive training and support program, including general skills training, science policy advising and science management. The working groups serve as a platform to connect with peers, regional and international experts and practitioners and to build a growing professional network across Africa.

According to Professor Richard Washington, University of Oxford, School of Geography and the Environment, DAAD climapAfrica Scientific Adivsory Board member,

climapAfrica correctly identifies the crucial role of future leaders in the field of climate research and the collaboration with SASSCAL and WASCAL has demonstrated how quickly progress can be made. Climate change scientists are much sought after in other fields of commercial technology. Expertise is therefore easily lost to these fields and this sets us back heavily in the race against climate change. A programme which draws together the expertise, provides opportunities for continued research and collaboration is central to retaining experts. ClimapAfrica does that.

DAAD climapAfrica Picture of the Month

What is the story behind the picture?

A typical landscape in the east of Mantadia National Park. In the background we have the rainforest, protected by Madagascar National Park, and in front of it, a slash-and-burn rice cultivation. Soil degradation due to erosion is visible on the crop field. Erosion that has been caused, according to the farmers, by long dry seasons followed by very strong cyclones.

On the right side of the rice field, crop fields have been abandoned because they are no longer fertile, it must have been used for multiple crop seasons without fallow. Some farmers are aware that if they had respected ancestral techniques, such as controlling the fire and keeping the forest on top of the hills when they practiced slash-and-burn farming, or leaving the soil fallow for at least 6 to 10 years, they would still have enough good soils for production and the erosion would have been avoided