After about a year of the corona pandemic, many member universities of the German Academic Exchange Service (DAAD) are concerned about their students from abroad. In addition to the decline in first-semester students, the financial and psychological situation of many students is very strained after two digital semesters, as various university administrators reported at the virtual meeting yesterday (1.3.). 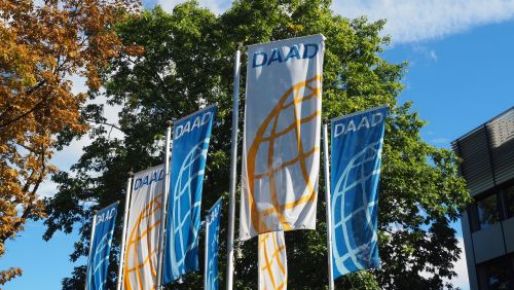 The DAAD invited university international affairs coordinators to a virtual exchange which was attended by some 100 universities from all over Germany. They reported on their concerns and the challenges of internationalisation in times of the corona pandemic.

‘Many of our member universities are apprehensive about attracting and retaining
international students. The declining numbers of international first-year students are a concern for university administrators, as is the often poor psychological or financial situation of those young people who have already been studying in our country for some time,’ said DAAD President Professor Joybrato Mukherjee after the meeting. ‘We have heard reports that students are suffering from a loss of social contact and increasingly seeking out university counselling centres: given the expectation of another digital semester this summer, students are not seeing much light at the end of the tunnel. This will potentially lead to more students dropping out of their studies,’ said Mukherjee. ‘International students are ideal candidates when it comes to attracting skilled workers to German research and industry – especially in view of a post-pandemic upturn. So as a society, we mustn’t lose sight of this group – even though times are challenging.’

He said it was imperative for education policy to focus more on international students in the corona pandemic. In addition to the diverse services offered by member universities, the federal states would have to further expand their psychosocial counselling for international students too, as well as creating additional opportunities to promote joint learning and personal interaction, thereby ultimately supporting integration in times of corona.

Strained financial situation
‘International students’ financial situation is still strained, too. According to our estimates, 100,000 of the approximately 320,000 students in Germany are entirely dependent on part-time work, often in the catering, cultural and event sectors – precisely those areas where job cuts have been widespread for some time now,’ said the DAAD President. Mukherjee did say he felt it was gratifying to see that the bridging grants administered by the German National Association for Student Affairs and funded by the Federal Ministry of Education would continue to be paid to international students through to September. At the same time, he added, it would be good to see the Federal Government expand this financial support.

More foreign students, fewer first-year students
The number of international students enrolled in Germany continued to increase last year. Based on projections, the DAAD currently estimates that there are some 320,000 to 325,000 international students, so-called Bildungsauslaender, at higher education institutions. However, a significant decline has been seen among international first-year students, where numbers dropped by more than 20% in the summer semester of 2020, according to the Federal Statistical Office. For the winter semester and the entire 2020 academic year, the DAAD expects a somewhat smaller decrease in new international enrolments of 10% to 15%.

Brexit and KIWi
DAAD member universities are also concerned about Brexit and the UK’s withdrawal from the Erasmus programme: ‘The impact of Brexit and the end of cooperation with UK partners in the Erasmus programme are creating considerable uncertainty for many higher education institutions with regard to internationalisation,’ says DAAD President Mukherjee. It was therefore fitting that at the end of the virtual event, the DAAD’s Competence Centre for International Scientific Cooperation (KIWi) presented its advisory services for universities.