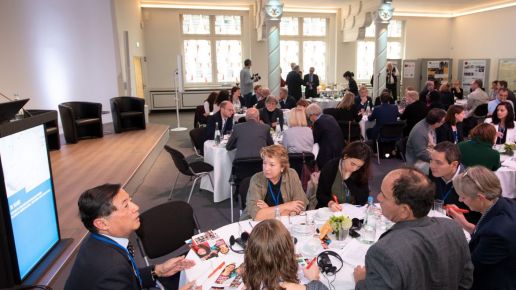 Five Centres of Excellence are supported by the DAAD with funds from the German Federal Foreign Office. They carry out top-level interdisciplinary research and train scientists for tomorrow in Chile, Colombia, Russia and Thailand, together with German partners.

Ten years ago, in 2009, four of the Centres of Excellence began their work. A fifth centre was added in Colombia in October 2016.

The basic concept and thus the type of cooperation within the Centres of Excellence is extraordinary. German universities not only cooperate with institutions abroad, but together with their local colleagues, they also establish a scientific centre financed through German funds. In each of these transnational projects, one university has taken the lead – also as applicant – for the German side. German scientists work intensively and on an equal basis with partner institutions in the respective countries in order to achieve long-term effects there.
Variety and an interdisciplinary approach are principles of the programme, increasing the visibility of the German research institutions by displaying their scope.

The Centres of Excellence are committed to three tasks. One of these is interdisciplinary research. Teaching, training young academics to the highest standards and promoting their mobility are also of great importance – outstanding young scientists in the partner countries are networked with Germany at an early stage through joint research. The Centres of Excellence also impact civil society through consultancy and knowledge transfer in politics, society and business.

Information video about the five centres and their work