How do German higher education institutions view so-called micro-credentials, i.e. certificates of successful participation in a compact learning unit? Two surveys conducted by the German Academic Exchange Service (DAAD) provide an indication of current developments and trends, also with regard to internationalisation. 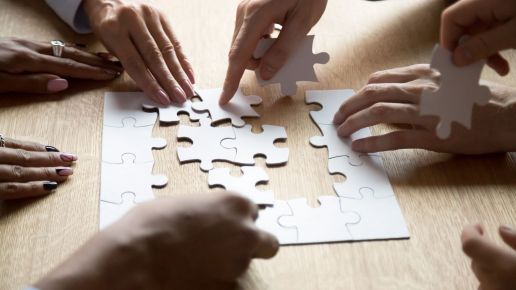 “Micro-credentials are about flexibilising educational pathways in Germany and the European Union in an increasingly technology-oriented and highly complex work environment. It is gratifying to see that, in addition to their obvious use in connection with higher qualifications, they’re increasingly being perceived as useful measures for the purpose of internationalisation and boosting short-term mobility in the EU,” said DAAD President Professor Dr Joybrato Mukherjee.

Some 160 German higher education institutions took part in an initial survey conducted by the DAAD’s Erasmus+ National Agency “Higher Education” (NA DAAD). 20 per cent of the HEIs surveyed already use micro-credentials and another 23 per cent are discussing their potential introduction, while 37 per cent have not addressed the issue to date. The second survey was conducted among German higher education institutions participating in the EU initiative “European University Networks”, with 34 HEIs taking part in this case. Of these, around 25 per cent are already using micro-credentials, while another 65 per cent of the HEIs surveyed are planning to use them in connection with the European alliances.

In both surveys, the HEIs see the most important area of application for the small learning units – most of which are subject to a fee – in continuing academic education and lifelong learning. But micro-credentials are also becoming increasingly important in connection with internationalisation and mobility, too: in the NA DAAD survey, the majority of all higher education institutions questioned said they believed micro-credentials were a useful tool to support internationalisation. Meanwhile the HEIs in the European University Networks said that key factors here were the establishment of joint offerings at the level of the alliances as well as enhanced mobility and inclusion, especially through shorter study visits.

According to the survey, higher education institutions see a need for regulation of micro-credentials at the European level, with over 50 per cent of respondents in favour of uniform EU-wide regulations.

See and for the survey conducted by the NA DAAD.

The survey of HEIs in the European University Networks can be found .