The Federal Foreign Office and the German Academic Exchange Service (DAAD) are launching a new scholarship programme for students at risk. The "Hilde Domin Programme" is open to students and doctoral candidates who are in danger in their home countries and are unable to complete or continue their studies or research locally. 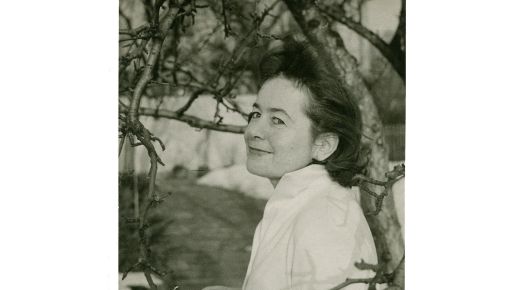 "With the Hilde Domin Programme, we are opening up an academic shelter for students as well as for researchers who are threatened or persecuted. I am pleased that we are making a really substantial contribution to this with 8.6 million euros until 2027. In the first year, we will focus on Belarus and help exactly where it is needed most," said the Federal Minister for Foreign Affairs Heiko Maas.

"Unfortunately, we see time and again that students and doctoral candidates around the world are also threatened and denied the right to education," said DAAD president Prof. Dr Joybrato Mukherjee. "Together with the Federal Foreign Office, we are therefore setting an example with the Hilde Domin Programme by offering refuge to threatened academics at the beginning of and during their education - also based on the experiences of our history," said Mukherjee.

Study under safe conditions
The scholarship programme is intended to enable threatened students and doctoral candidates who are denied the right to education in their country of origin to take up or continue their studies in Germany. The aim is for them to complete a degree or doctorate at a German university under secure conditions. The selected students and doctoral candidates are enrolled in degree programmes of their choice and according to individual qualifications. They receive a scholarship that covers living expenses as well as the costs of the study or research project. In addition, all scholarship holders can take part in an accompanying programme in the social sciences to further their professional and personal development.

The Hilde Domin Programme is open to students and doctoral candidates of all disciplines. Exceptions are artistic and medical courses of study, in which placement is hardly possible due to numerus clausus and artistic aptitude tests. Those affected cannot apply for the programme themselves, instead they must be nominated by an institution based in Germany. Eligible for nomination are, among others, higher education institutions accredited in Germany as well as organisations active in the fields of science, research and teaching or the protection of human rights, the promotion of democracy, the rule of law or peacebuilding.

"We put our foot in the air / and it carried"
The new scholarship programme is named after the German poet and writer Hilde Domin (born in Cologne in 1909). She studied in Heidelberg, Cologne, Bonn and Berlin starting from 1929. In 1932, she went to Italy with her future husband to study abroad. When the National Socialists came to power, a return to Germany was no longer possible due to her Jewish origins. Domin and her husband fled to the Dominican Republic in 1939 via the United Kingdom and Canada in reaction to the Italian racial laws of 1938. In 1954 she returned to Germany, made possible in part by her husband's support with a DAAD scholarship. From 1961 she lived and published in Heidelberg and became world-famous as a representative of the "unrhymed poem". In later years, she received the highest state medal of the Dominican Republic and honorary citizenship of the city of Heidelberg. Hilde Domin died in Heidelberg in 2006 and was buried there. Her self-chosen epitaph reads: "We put our foot in the air / and it carried".