To mark the 30th anniversary of German reunification, the German Academic Exchange Service (DAAD) commemorates the merging of the scholarship systems of East and West Germany. DAAD President Prof. Dr Joybrato Mukherjee paid tribute to the commitment and dedication of the employees at the so-called Arbeitsstelle Berlin-Mitte – the DAAD’s second Berlin office. Established in October 1990, it ensured support and funding for some 6,000 international scholarship holders from the former GDR. 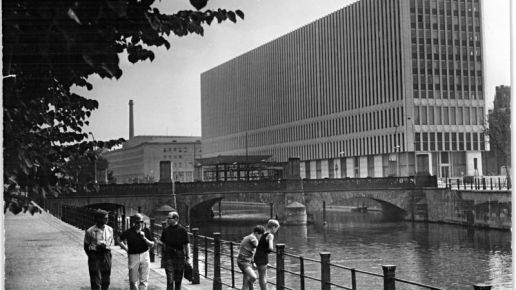 Germany was still in the throes of reunification when, on 4 October 1990, in the rooms of the former GDR Ministry of Education, an important organisation began its work, dedicated to merging the academic exchange systems between the German Democratic Republic and the Federal Republic of Germany: the DAAD’s Berlin-Mitte office. “The Berlin-Mitte office was a pioneering model. It made sure that thousands of international scholarship holders from the former GDR did not return to their home countries as drop-outs, but were able to continue and complete their studies successfully in a united Germany,” said DAAD President Prof Dr Joybrato Mukherjee in Bonn. “It successfully oversaw the merger of the two Germanies’ scholarship systems and, based on innovative funding schemes through grant agreements with higher education institutions – especially in what were then the new federal states – it also anticipated the further development of the DAAD’s work”. 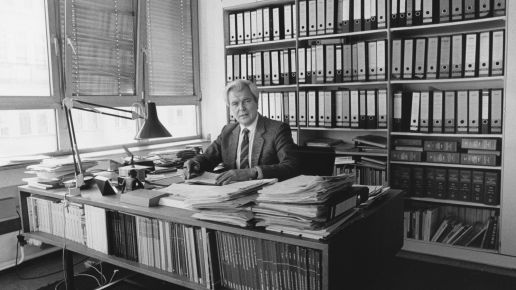 During the transitional phase between the fall of the Berlin Wall and reunification itself, the DAAD under its then President Prof Dr Theodor Berchem already took the decision to continue the GDR exchange programmes and open its selection committees to East German professors.

“The office in central Berlin was a flagship for academic exchange in reunified Germany and for the merging of the scholarship systems,” Mukherjee added. Furthermore, it provided jobs for some 30 employees who had been responsible for academic exchange programmes in the former GDR Ministry of Education – some of whom later joined the DAAD.

The challenges in autumn 1990 were substantial: after reunification, the DAAD took on responsibility for some 8,000 domestic and foreign students, graduates, scholars and lecturers from the former GDR. Swift action was required, especially in the case of the international students: the living and study costs had to be secured for about 6,000 students and graduates from 78 countries – most of them communist – at 45 higher education institutions in East Germany.

Success was not long in coming: some 90 per cent of GDR scholarship holders taken on by the DAAD successfully completed their studies in Germany between 1990 and 1996. In fact, many alumni remained attached to the reunified Germany even after returning to their home countries and set up alumni associations such as those in Vietnam and Ethiopia. Others went on to pursue a career in Germany: such as Dr Karamba Diaby, who in 2013 became the first African-born person of colour to be elected to the German Bundestag.

By the end of 1996, the last 800 or so international scholarship holders had completed their studies and the Berlin-Mitte office had succeeded in its task of transferring the GDR’s academic exchange service to united Germany.

Today, higher education institutions in the states in eastern Germany are natural partners to the DAAD and regularly occupy top positions in the overall DAAD funding ranking. More than 40 of them are also involved in shaping the current and future development of the DAAD as members.