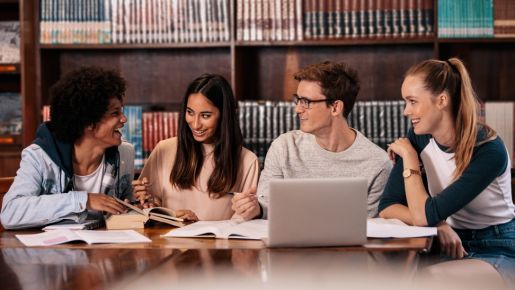 The German Academic Exchange Service (DAAD) administers the scholarship programme “Hilde Domin Programme” with funds from the Federal Foreign Office (AA). The programme serves to support students and doctoral candidates from across the globe, who are at risk of being formally or de facto denied educational or other rights in their country of origin, and to provide these students and doctoral candidates with an opportunity to begin or complete a study or research degree at a higher education institution in Germany. Students and doctoral candidates nominated and accepted under the programme will be enrolled in degree courses of any personal subject choice and according to individual qualifications and receive a scholarship sufficient to cover the necessary costs incurred during their study resp. research stay.

The long-term goal of the scholarship programme is to enable students and doctoral candidates to complete their higher education studies resp. research project in a secure environment, to be able to contribute towards meaningful political, economic as well as social development in their countries of origin (respectively in Germany or third countries) upon completion of their studies in Germany. All beneficiaries of the scholarship programme will further be qualified in an accompanying interdisciplinary programme, to enhance the prospects of a free development of their personality and their contributions towards society.

You have to be able to walk away and still be like a tree. As if the root remained in the ground, as if the landscape moved and we stood firm. You have to hold your breath until the wind dies down and the foreign air begins to circle around us. Until the play of light and shadow, of green and blue shows the old patterns and we are at home wherever it is and can sit down and lean back as if against our mother’s grave. (Hilde Domin)

Who was Hilde Domin? 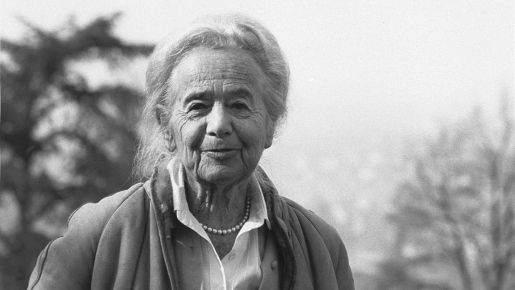 Hilde Domin, born Hildegard Dina Löwenstein in Cologne on July 27, 1909, was a German writer, poet, and essayist. Domin became known primarily for her poetry, which was influenced by her time in exile and loss of homeland. A poet of the Jewish faith, she recognised political developments in Germany at an early stage and fled to Italy in 1932. Domin spent more than 20 years of her life in various countries including the Dominican Republic, which became her self-chosen namesake. After returning home to Germany from exile she became known as the “poet of return” and received numerous honours for her literary work. Among others, she was awarded the Carl Zuckmayer Medal, the Nelly Sachs Prize, and the Grand Federal Cross of Merit. Domin died in Heidelberg on February 22, 2006, at the age of 96.

To mark the start of the programme on 14 April 2021, Federal Foreign Minister, Heiko Maas, and DAAD President, Prof Dr Joybrato Mukherjee, each expressed a few personal words in a video statement.

The video statement of the Federal Foreign Minister can be found .

The video statement of the DAAD President can be found .

The nomination and selection procedure

Potential candidates cannot themselves apply for participation in the Hilde Domin Programme, but are nominated by the management (presidiums/rectorates) of an institution or organisation which is a legal entity domiciled in Germany and which carries out an activity in the field of science, research and teaching and/or the protection of human rights, the promotion of peace and democracy or the rule of law.

All nominations shall formally be made by respective nominating institutions and organisations who are requested to fill in the nomination form online (the link is provided upon request). Thereafter, on the basis of an initial plausibility check, suitable candidates will be contacted by the DAAD and invited to apply via the DAAD online application portal. The application documents submitted by the candidates are then verified by the DAAD for completeness and formal correctness. The final selection of candidates will be carried out by independent selection committees appointed by the DAAD. Both the status of risk and academic performance are assessed as part of the selection process.

Important to note: Multiple nominations do not bear any advantages. One nomination per candidate is sufficient. Institutions and organisations entitled to nominate may nominate as many candidates as they deem eligible. Nominations submitted through other channels (e.g. via email, post or fax) cannot be considered or accepted.

Also important: The DAAD can only award a limited number of scholarships. Please only nominate candidates for this programme who, in addition to being individually at risk, also demonstrate good academic prospects for studying in Germany. Proposed candidates should have sufficient knowledge of German or English (corresponding to level B2) by the nomination deadline to be able to complete a study degree programme/research project in the respective language.